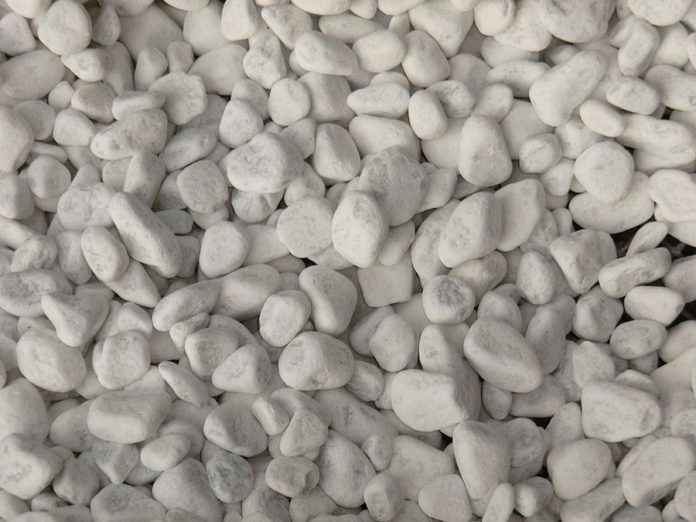 You know that white, styrofoam-looking stuff in your potting soil? That's perlite, and it can make up as much as 25 percent of commercial potting mixes. As you can see, perlite is extremely common in gardening. But you probably have some more questions, like: What is perlite made out of? What do gardeners use perlite? What are perlite's benefits? And what is perlite able to do for your garden?

Quick Navigation
What is Perlite?
What is Perlite Good for?
Root aeration
Improved drainage
Eliminates mold
pH neutral
Sterile and nonorganic
What is Perlite Used for in Gardening?
To lighten containers
As a hydroponics growing medium
To start seedlings or cuttings
To store bulbs during winter
What is Perlite Not Good For?
Perlite dust can trigger asthma
Plants with aggressive root systems don't do well in perlite
Perlite doesn't work in some hydroponics systems
Perlite cannot be used in aquaponics
What Is Perlite's Role Going to Be in Your Garden?

Believe it or not, it is not just there as a filler. In fact, it has some pretty cool benefits. 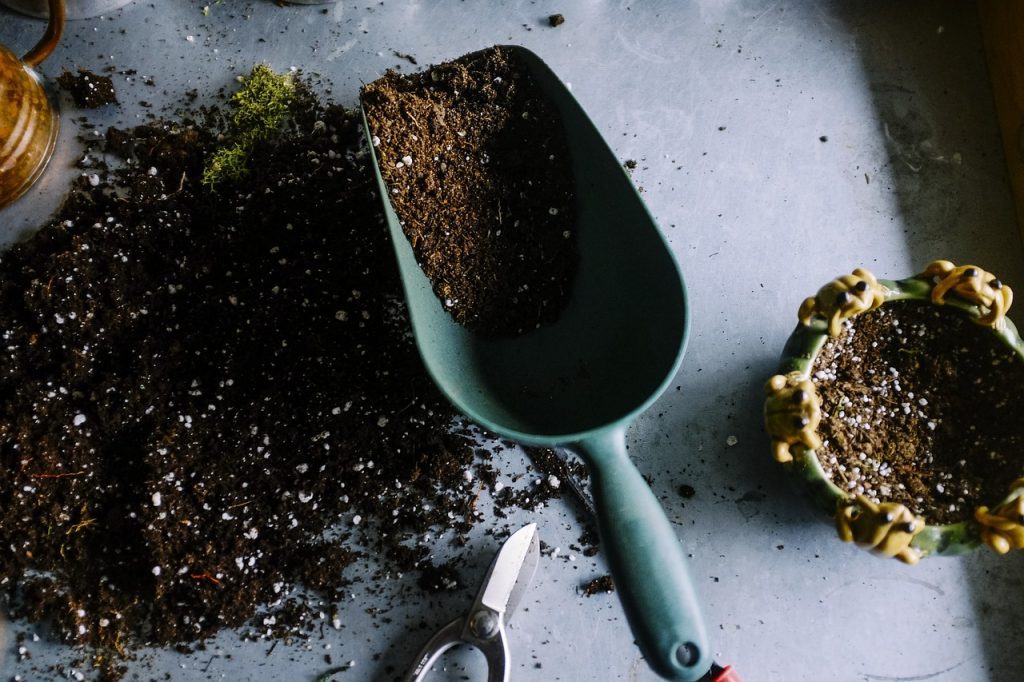 Perlite is a type of volcanic glass with very high water content. Perlite is closely related to obsidian, another volcanic rock, and is formed deep in the Earth below active volcanoes. There are two types of perlite: crude and expanded. Crude perlite is a basic volcanic rock. Expanded perlite is this same rock, but heated to over 1600 degrees Fahrenheit. This causes the water inside to evaporate and leave behind large air pockets. Picture a popcorn kernel popping: it's a very similar process!

The perlite you see in hardware stores and garden centers is expanded perlite. While crude perlite has no use in gardening, it is a widespread material in masonry construction and insulation. Most of the world's perlite comes from New Mexico, Utah, and Oregon, but there are also large mining projects in parts of Eastern Europe, China, and Mexico.

What is Perlite Good for? 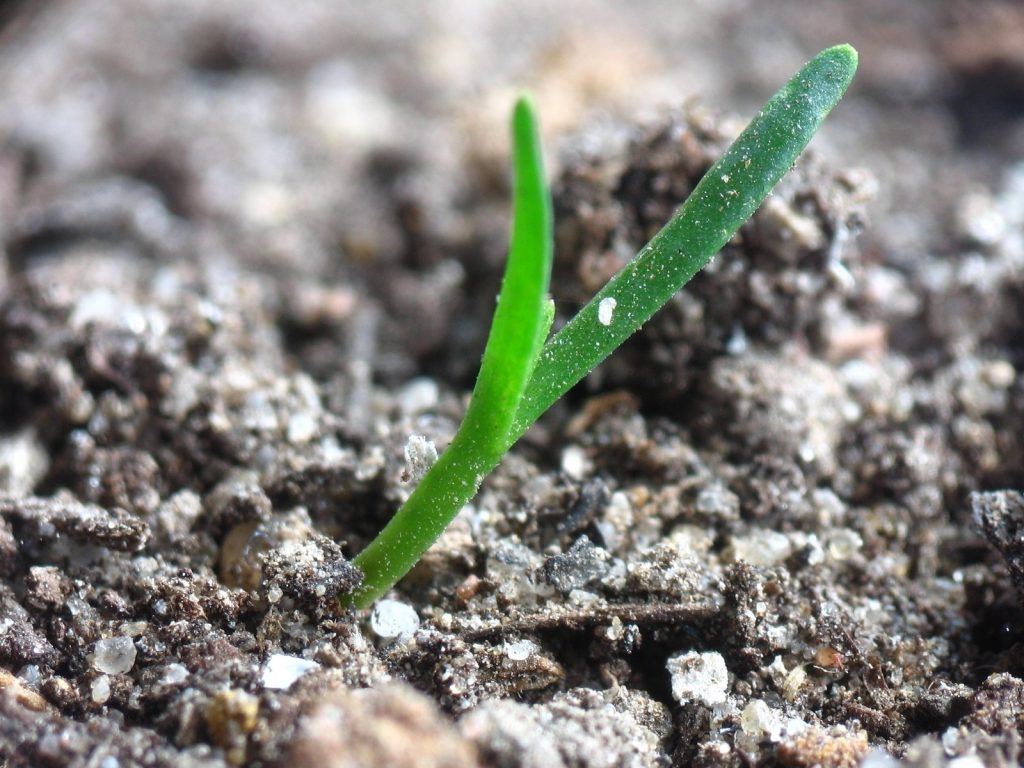 You've probably seen perlite in the store-bought potting soil. Or even in the soil of potted nursery plants. But what is perlite doing to benefit the plant in these situations? There's a good reason why perlite is so common in commercial plant production and potting soil. The following are just a few of the benefits it offers to your plants.

Your plants' roots need oxygen just as much as they need sunlight, water, and fertilizer. Many gardeners overlook this need when potting their plants. Traditional potting soils are heavy and easily compacted. When this happens, there is no space between the soil particles for oxygen to exist.

Supplementing your plants' soil with perlite creates room for oxygen to exist in your pots, planters, and containers. Not only can oxygen live in the "bubbles" within the perlite itself, but also within the space between the perlite and soil particles.

The same extra space that helps trap oxygen in your potting soil can also help improve water drainage. Water drainage is vital to healthy potted plants, who are often susceptible to root rot. The last thing you want is stale, excess water clogging up your plants' roots.

Perlite does not have a huge capacity for water absorption, so you won't need to worry about this method of drying out your soil thoroughly. It will suck up just enough water to keep the surface nice and dry!

pH levels can be significant for some plants, blueberries, hydrangeas, and ferns are just a few examples. Testing and perfecting your soil's natural acidity level can be a lengthy process with plenty of trial-and-error. So the last thing you'd want to do is disturb this balance once you've achieved it!

Perlite is a pH neutral material. That is great for your home garden because it will not make your potting soil any more, or less acidic or alkaline than it currently is.

Since perlite is a nonorganic rock material, it is also naturally sterile. Adding perlite to your potting mix doesn't have the risk of introducing disease, pests, or other micro-organisms that some planting materials may carry.

What is Perlite Used for in Gardening? 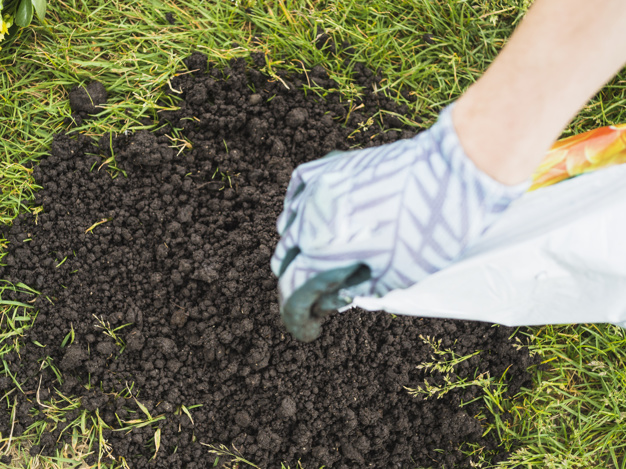 Perlite is beneficial to your average potted plant. After all, it's in almost every potting soil on the market! But what are perlite's other uses? Perlite can be added to another medium or used all on its own for the following reasons.

In vertical gardening, light soil is a necessity. Perlite's airy texture and ability to improve drainage can significantly decrease the weight of your hanging plants. That is also extremely helpful in heavy pots or planters that will need relocation on a somewhat regular schedule. Using perlite to lighten the soil in these pots can make this chore much easier and even save your back.

As a hydroponics growing medium

If you're using an aggregate hydroponics system, you'll need a low-absorbant material to support your plants' roots. Perlite is a great option because of its sterile, pH neutral nature. Be warned, though, perlite is not the best choice for all hydroponics systems. We'll go into more detail below!

To start seedlings or cuttings

For seeds or plant cuttings that are prone to rot, perlite can be a great choice for germination and rooting. Perlite's moisture-absorbing properties keep the seeds or cuttings dry without parching them and offer plenty of access to oxygen. While some gardeners mix perlite with compost or seed starting mix for this purpose, some plants do best in 100 percent perlite.

To store bulbs during winter

Perlite is also used to store bulbs over winter. Bulbs that do best stored in perlite include begonia, gladiola, caladiums, and elephant ears. Place bulbs in a perlite-filled box and store somewhere above freezing, but where the temperature generally sits below 55 to 65 degrees Fahrenheit.

Bulbs exposed to too much moisture can succumb to mildew and rot. Perlite's moisture-wicking ability will help prevent this. Some plant bulbs do prefer peat moss and its extra moisture, so make sure to double-check before tucking them away for winter.

What is Perlite Not Good For? 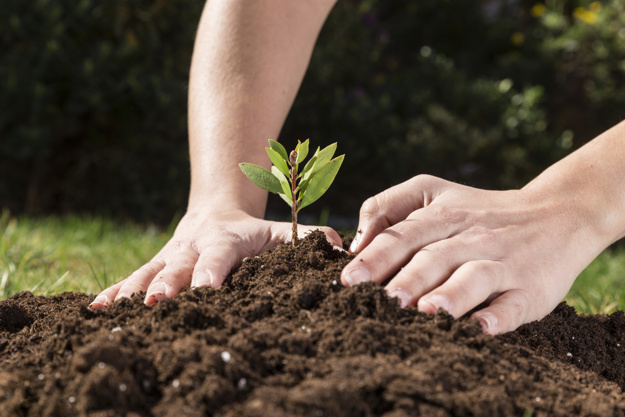 While perlite is an excellent, versatile growing medium, it can sometimes be detrimental to you and your plants' health. And in some cases, what is perlite's greatest strength -- porosity, lightweight, and particle size -- can pose an issue for your garden project.

While perlite isn't considered toxic, inhaling perlite dust has the same risk as inhaling other non-toxic specks of dust. Exposure to perlite dust in the air can trigger asthma attacks in people and animals, so take care if you or a loved one suffer from this condition.

The safest way to handle perlite is outdoors in a well-ventilated area. You can also dampen the perlite before use to prevent dust particles from entering the air. That is a good practice to get into if you are moving or pouring vast amounts of pure perlite. If you need to handle dry perlite, safety gear like a dust mask and goggles can be helpful in preventing irritation from the dust.

Plants with aggressive root systems don't do well in perlite

Plants with aggressive root systems can block up all of the spaces in between the perlite particles. That makes perlite's key feature, space for oxygen and drainage, nonexistent. While most plants with this issue are considered weeds (so probably wouldn't be planted in perlite to being with!), some common garden culprits include mint and chives.

What is perlite's primary strength in traditional container gardens becomes a weakness in certain hydroponics systems. Perlite's light weight means that it's not compatible with deep culture and ebb and flow hydroponics systems. Instead of weighing down and stabilizing the plants' roots, the perlite just floats to the surface of the water.

Perlite is still an option in wick and drip hydroponics systems. Since there is no "flooding" of water in these systems, you won't need to worry about your perlite floating away.

Perlite cannot be used in aquaponics

Perlite and aquaponics -- the practice of raising fish together with a hydroponics system -- don't mix! The structure of perlite is hazardous and even deadly to fish. The small perlite particles act like pieces of fiberglass and can cause damage to the fish's gills, stomach, and other organs. It's essential that perlite doesn't enter your aquaponics system, even in small amounts.

What Is Perlite's Role Going to Be in Your Garden?

Whether you're creating an extensive vertical container garden or a hanging drip hydroponics system, perlite can be an important part of cutting down on the excess weight and ensuring your plants get the nutrients they need. Now that you know a little about this versatile material, we're sure you'll find even more ways to utilize perlite in your garden! 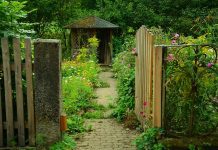 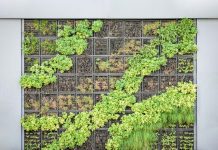 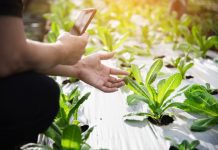 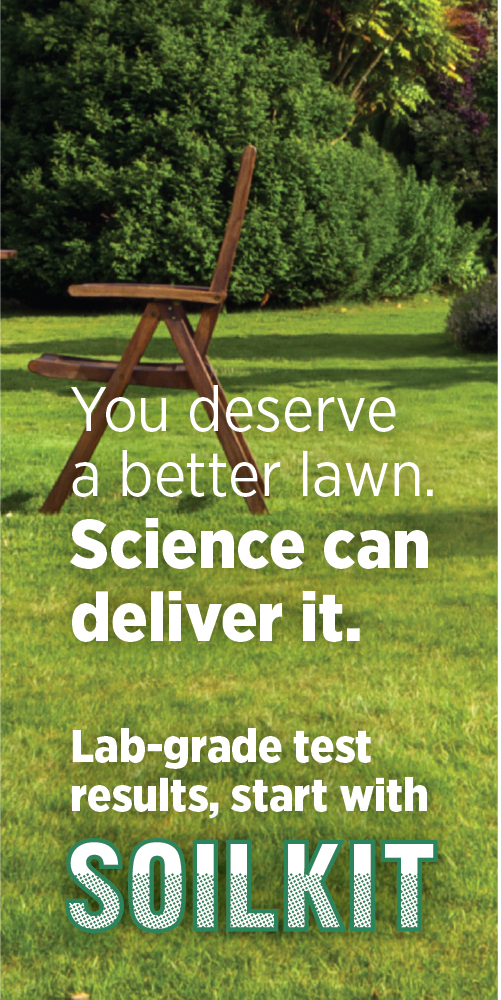